Perhaps the biggest takeaway from the past two days of Pacific Ocean energy was that the current crop of young Hawaiian rippers won’t hesitate to go when the size spikes.

“Hey guys, guess what?” Kaipo Guerrero posed rhetorically into the microphone as another set mowed down a trio of groms treading water in territory normally referred to as “the channel.”

“You’re going to work extra hard in this one, for sure, but if you manage to win today and earn your spot into the Rip Curl GromSearch National Final, held at the Surf Ranch in Lemoore, California, you won’t duck dive a single wave. I promise.”

I chuckled internally at this, but the man raised a good point. All four of the “Race to the Ranch” qualifiers coming out of Kewalos were undeniably going to earn every ounce of the fresh-water perfection come December.

Amidst the tantalizing and terrifying Tahitian visuals surfacing on social media during the Rip Curl GromSearch’s angsty lead-up, it was challenging, admittedly, not to wonder a little if we could hold a grom contest in this kind of heavy water. Additional safety was hired as a result of the forecast, and in the end, it turned out to be an absolutely amazing event.

“We were pretty sure a mainlander like you would call the contest off, to be honest,” joked one competitor’s mom.

The action was unrelenting all day as the southern hemi energy dutifully marched in, each set larger than the one preceding it. The outstretched finger of the Kewalo Basin jetty that normally points to a gentle left-hander had transformed into a giant, raging reef pass. Throaty lefts detonated at the peak and stretched across the typically still deep-water channel. Joining forces with the cylindrical spinning rights at Point Panic, the swell tested the anchor chains on the marker buoys time and time again.

Malia Moana Lima, who took top honors in the 16 & Under Girls division was another who appeared completely unfazed by the tumultuous sea conditions throughout the event. Lima had the head-down-and-going approach on every bomb that surfaced during the girl’s final. At about the 12-minute mark she snapped her fresh round-pin.

Ha’a, the water safety member on hand, didn’t miss a beat, swooping her and the remaining pieces of the splintered Tokoro onto his rescue board and getting her straight to the jetty in mere moments. While many would have called it a heat, holding a lead with less than ten to go, Lima grabbed her back-up board and began kicking and scratching for the take-off zone, eager to cement her position atop the podium.

Perhaps the biggest takeaway from the past two days of Pacific Ocean energy was that the current crop of young Hawaiian rippers won’t hesitate to go when the size spikes. The standouts of the 16 &Under Boys division charged with reckless abandon, putting on a clinical display well beyond their years.

In a seesaw battleground of non-stop six-foot sets, the boys went blow for blow in the final. With numerous lead changes, hammering huge sections and threading throaty tubes, Luke Tema took the win, while Nalu Deodato and Kai Martin both gave him a run for his money with numbers in the excellent range. 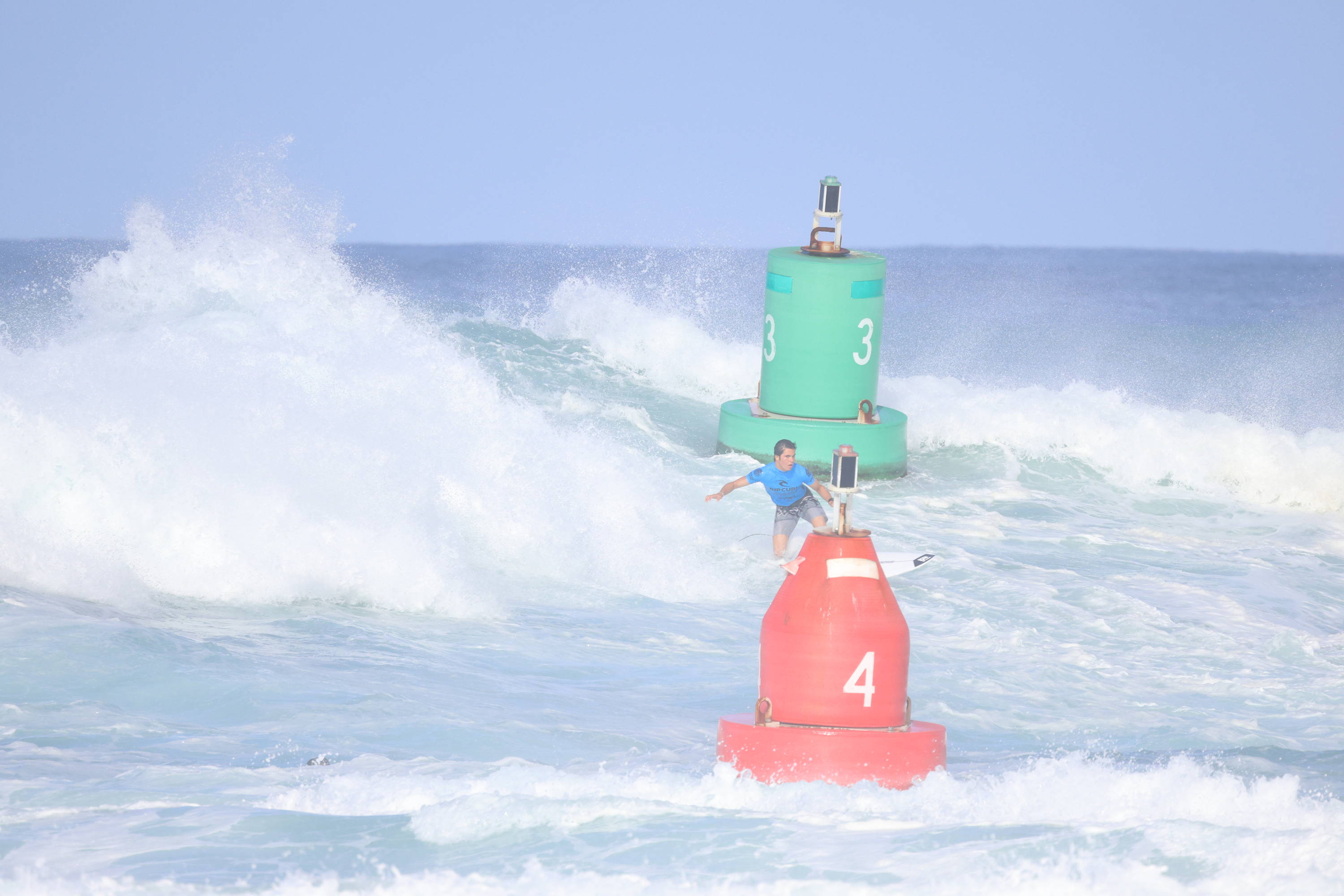 Hard-charging Hawaiian and aptly dubbed Aqua Kasuya, seemed right at home in the sinister conditions. With the frontrunners of the bombing swell hitting right as Kasuya found his position in the turbulent lineup, he whipped around without hesitation, air-dropping to the elation of the crowd, he was quickly engulfed in a giant aquatic avalanche.

“Man, I got so drilled by that thing,” Kasuya smiled after scrambling up the jetty after his heat.

In the semifinals of the 14 & Under division, Aqua hucked himself over the ledge on an absolute monster, but after wearing the wave on the head ended up having to sit out the final due to an injured knee.

For the effort, Aqua was awarded the Banzai Bowls Maneuver of the Event and $300 for his hard-charging effort.

Rip Curl would like to say a massive mahalo to the lifeguards and event security for allowing us to complete such an awesome event at Kewalos, as well as all our GromSearch Series partners: Banzai Bowls, Flexfit, YETI, SunBum, GoPro, FCS, Oakley, …Lost, Softech Surfboards, Wahoos Fish Taco. 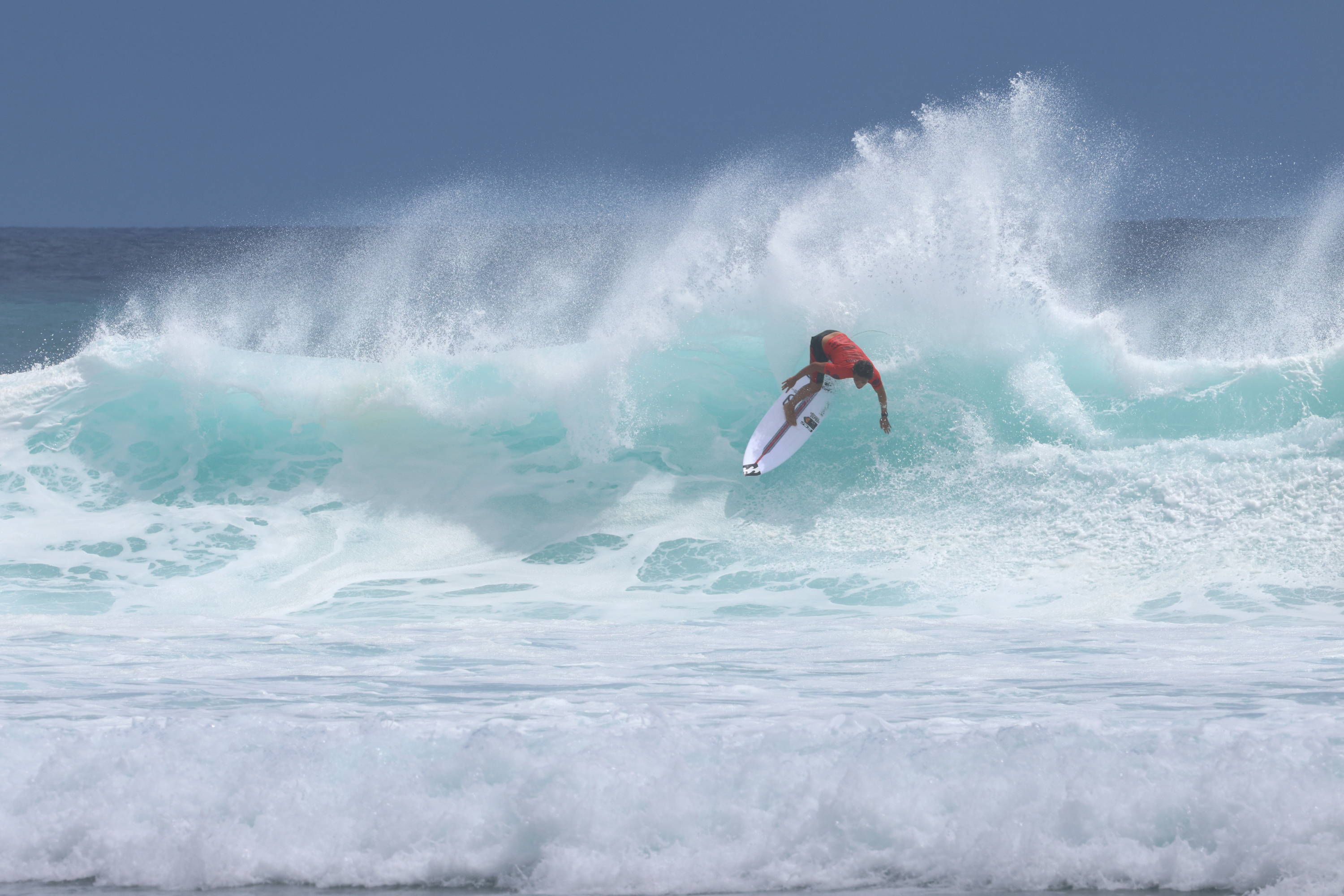