“This was my first win ever on the west coast!” Exclaimed an ecstatic Deane, “And I can’t wait to compete in Slater’s Surf Ranch since I have never had the opportunity to surf there!”

“Are you kidding me? It looks like Hossegor out there!” Exclaimed seasoned traveler and former CT campaigner Kekoa Bacalso, as we drove past Pasea Hotel in Huntington Beach, en route to kick things off for day 1 of the Rip Curl GromSearch series. And he wasn’t kidding. A late season west wind-swell met the tail end of lingering southern-hemi energy to produce some absolutely dreamy looking wedges to get the day underway, and the “Race to the Ranch” was officially on!

Unfortunately, the glassy conditions we were greeted with didn’t stick around for too long, but the south wind that crept in still provided some epic opportunities for the 16U boys and 14U boys to take to the sky in their opening round affairs. Hawaiian Airlines frequent flyer Jackson Dorian wasted no time in putting his aerial antics on display. He put the field on notice, jumping out to an early lead in both the Banzai Bowls Maneuver of the Event category and the …Lost High Heat Total award after spinning his way to a heat score of 17.50.

Dorian’s air stood the test of time, and he ended up holding on to the Maneuver of the Event and taking home $300 dollars (in two-dollar bills) from presenting sponsor Banzai Bowls. The high heat total was eclipsed by a rampaging Lucas Cassity in round two, as he ripped apart back-to-back righthanders to begin the day and snatch a combined score of 18.17. Lucas will be rewarded with a custom pro-formance surfboard from …Lost Surfboards for his efforts!

Sandwiched between the action-packed early rounds and the finals was the ever-entertaining Mason Ho Expression Session, presented by Softech Surfboards. Six randomly selected contestants tried their hand on the Mason Ho Twin models, giving their best Mason-inspired performances beneath the infamous HB pier pilings. Canada’s Ocea Green led for the majority of the fun-filled heat after a cheater-five to searing cutback combo, but in the waning moments, Kai Hall stole the show with some rail-grab railwork of his own, earning a brand new Softech Surfboard Mason Ho Twin model in the process.

Though the conditions slowly deteriorated throughout finals day, the action did anything but, and perhaps the pinnacle of performance this weekend came in the dying minutes of the 14U Boys final. Will Deane from Outer Banks, NC found a rare gem and absolutely lacerated a lefthander to the tune of a 9.17, and with only five minutes on the clock it felt like the final maybe have been all but out of reach for the rest of the competitors, given the challenging conditions. But inside of the final minute, Lucas Cassity snuck towards the pier and snagged a left of his own. Cassity went into the lip a number of times, but fell on his final effort, which very well could have cost him the crown. With the win, Will punches his ticket to the Rip Curl GromSearch National Final, and will look to bring his A-game to the Surf Ranch where he will take on the winners of the 14U Boys qualifiers coming up in both Hawaii and Florida. “This was my first win ever on the west coast!” Exclaimed an ecstatic Deane, “And I can’t wait to compete in Slater’s Surf Ranch since I have never had the opportunity to surf there!” Along with Deane, Vaihiti Inso, 16U Girls champ will also be joining at the Ranch. After coming up just short in the heartbreaker to Deane, Lucas reset for the 16U final and delivered a solid, mature performance and earned his slot into the National Final as well, taking the 16U Boys title.

12U Boys champ Kahlil Schooley rounded out the event and scooped the 4th entry to the National Final.

After an incredibly successful first event of the 2022 GromSearch Season, Rip Curl would like to extend a giant thank you to all of the event partners, Brillo Productions and his team, as well as the City of Huntington Beach. We look forward to event number two in July at Kewalos, HI, and hope to see you all there! 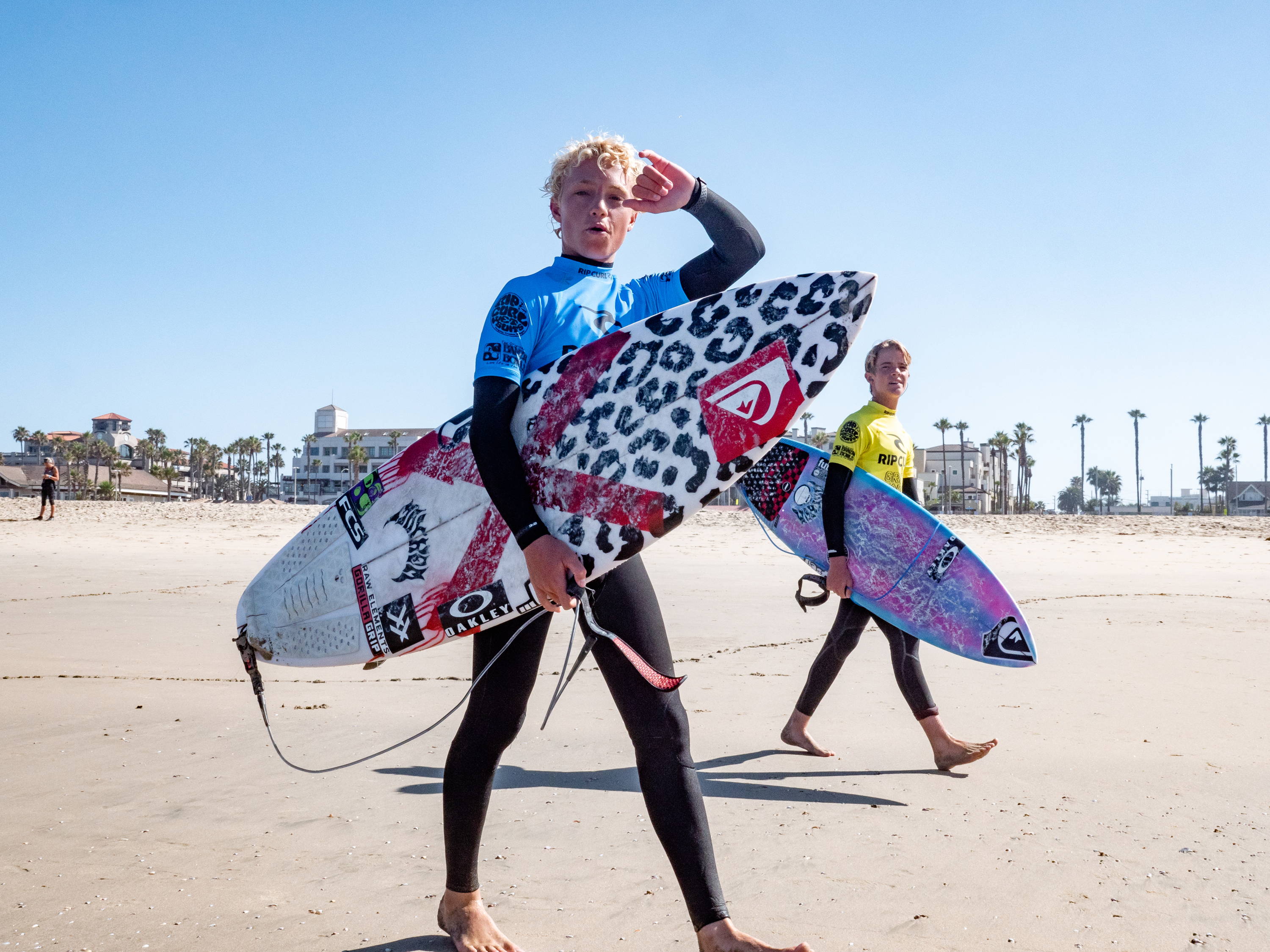