Caroline Marks is the youngest surfer ever to qualify for the women’s Championship Tour, and has now also provisionally qualified to represent the USA at the Tokyo 2020 Summer Olympic Games. Because of her age, she’ll be traveling the tour with one of her parents always in tow, and strategically guided by her longtime coach Mike Parsons, a former Tour pro.

Caroline may be young, but she’s intelligent, witty, and confident. In 2018, her first year on the Championship Tour, she won the Rookie of The Year award and finished the year ranked No.7 in the world. In her second, the ascent continued when she won two CT events on the Gold Coast and in Portugal was in the World Title mix all the way to the final event in Maui. She eventually finished runner-up to Carissa Moore, but her second place finish meant she provisionally qualified to surf for Team USA at the Tokyo 2020 Summer Olympic Games. And all this before she had turned 18. 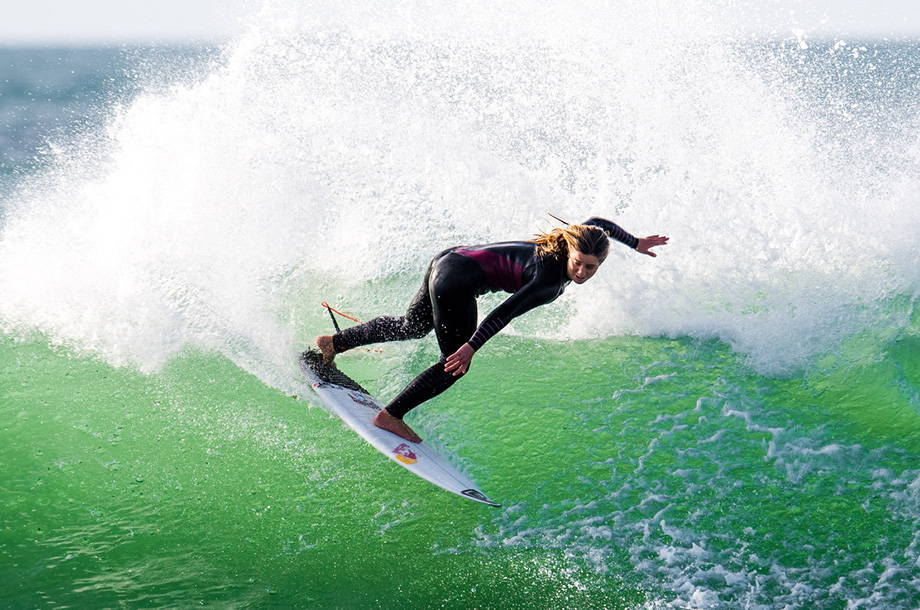