Hawaiian prodigy Eli Hanneman knows exactly what he wants and where’s he’s going. There’s no grey area, the kid from Maui has a big future in the game and he’s going after it. Be it heaving Pipeline, or two foot beach bowls, what stands out is Eli’s ability to adapt. When it comes to speed, Eli is Filipe-esque; quick to react and laser sharp through turns. His technique overall is flawless, and there aren’t many who’re better in the air.

“I feel like if I was to leave a legacy behind it would be something involving the WSL and a competitive career more so than being a free surfer. And I’m not really trying to make a name for myself from anything other than surfing right now. That’s my main focus. I just do it because I love it.”

What’s also noteworthy is Eli’s maturity. Not fazed by the chatter of peers or comments from the surf media, Eli seems content to follow his own path to stardom backed by hard work and determination. It’s a formula that’s seen many FCS team riders achieve great things, and we’re psyched to watch Eli etch his mark on the sport. 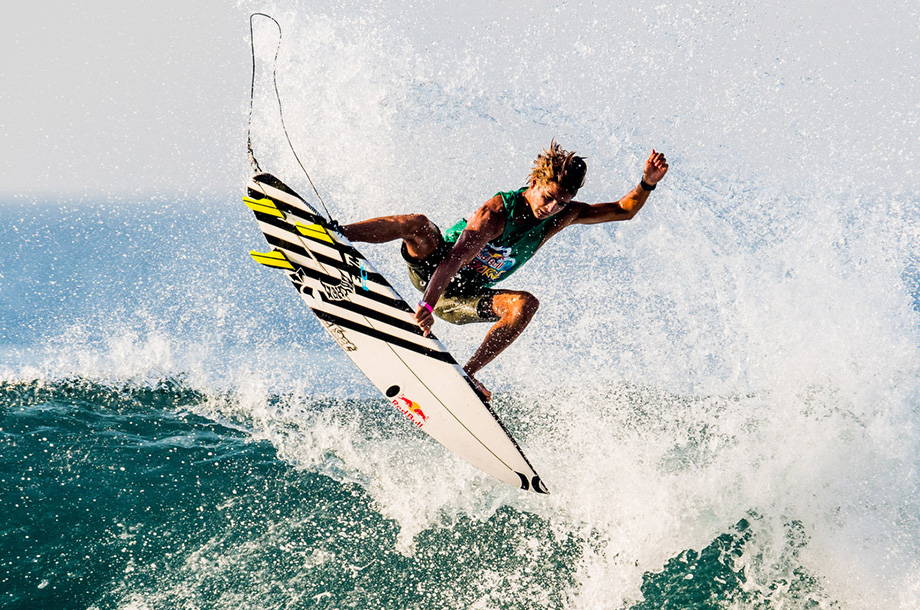